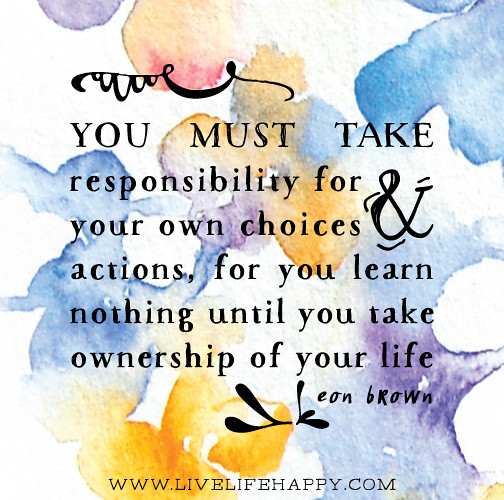 Wow. My last post was almost two years ago.

So much has changed since then, but some things have stayed the same. One thing is for sure: You can’t move away from your demons, a relationship (even with your dream man) won’t solve all your problems, and the people around you aren’t 100% to blame for your bad habits. I hate to break it to you.

Overall, my life has significantly changed for the better. I moved to Jacksonville about 8 months ago to live with my boyfriend. He and I have been through a lot, to say the least. But when we made a decision to fully commit ourselves to our relationship and leave the past in the past, I can honestly say that I have no complaints and that I’m extremely happy with him. It’s been a LONG process to get to this happy place, so I definitely revel in every moment and feel very grateful that we could weather the storms and grow together.

I locked up a recruiting job before I even graduated. It got me to Jacksonville and it helped me get on my feet, but I was not fulfilled in the slightest. I felt lost and scared. There were times where I would get really stuck in my own head and imagine a future where I was never living my passion or doing anything with writing and I hated that. I think a lot of young adults feel that way when they first enter the real world after college and settle for a less-than-ideal first job.

The good news is that I started looking for writing jobs in Jacksonville and I ended up landing an amazing job for a marketing and advertising firm as a Creative Copywriter. I later found out from my manager that I was 1 of 10 other candidates being considered for the position, so needless to say, I feel super lucky.

So, I’m sure you’re wondering how I’m doing with drinking and my various other self-esteem/anxiety issues. That’s the reason that I started this blog in the first place, right? Well…let’s just say, it’s still a battle. I don’t think it’ll ever not be a conscious effort to fight my demons and continue healing. I’m convinced at this point that it’s a lifelong process. I’ve made a lot of progress at times and I’ve taken five steps backward at times. And guess what? I finally got that happy relationship. I finally got that great job. I finally got out of that toxic environment and cut off those toxic people that I thought were fully responsible for bringing me down. I still caught myself doing the same old negative, self-sabotaging things…on occasion.

I think the reason for this is because when I thought I was healing, I was actually putting a lot of blame on my outside circumstances for what was happening on the inside. If only my love life was better, if only I lived in a healthier environment, if only I had better friends, if only I could graduate, if only I was happier…then I wouldn’t want to do self-destructive things so often. That’s only somewhat true. I am happier, and I don’t have as many opportunities to partake in negative pastimes, but that hasn’t changed the fact that I’m an awful drinker.

“You must take responsibility for your own choices and actions, for you learn nothing until you take ownership of your life.” – Leon Brown

There are some aspects of myself that I can’t move away from, ignore, or blame other people for. There are some things that I just have to accept. I can’t drink…which sucks. It does. Especially when even in the adult world, drinking is such a normalized, social activity that’s integrated into almost everything we do. You definitely notice it more when you’re actively trying not to drink. And clearly, I like to drink, because as an anxious, self-conscious person, it’s the immediate remedy to silence all of the debilitating overthinking that’s going on inside my mind.

So to sum it up, I haven’t drank in two weeks (so far) and I’ve been going to the gym very consistently for the past month in order to combat my anxiety in a healthier way, and I’ll hopefully lose some weight in the process. I’m definitely starting to get into a healthier routine which is making me feel really good in general. My goal is to lose 10-15 pounds and still be sober a couple months from now.

For now, I’m still trying to get used to going about my everyday life being a completely sober, vulnerable person. I’m realizing more and more how antisocial I am when alcohol isn’t in the mix. It just seems so exhausting to socialize and people are a lot less interesting. I’m truly an introvert at heart, and I’m still trying to convince myself that it’s okay to be myself. Drinking was my way to transform into a different person…somebody that I thought I would like more and that other people would like more. I don’t have it all figured out, but I don’t think I’m actually going to heal until I learn to love the person I am instead of relentlessly trying to be somebody I’m not.